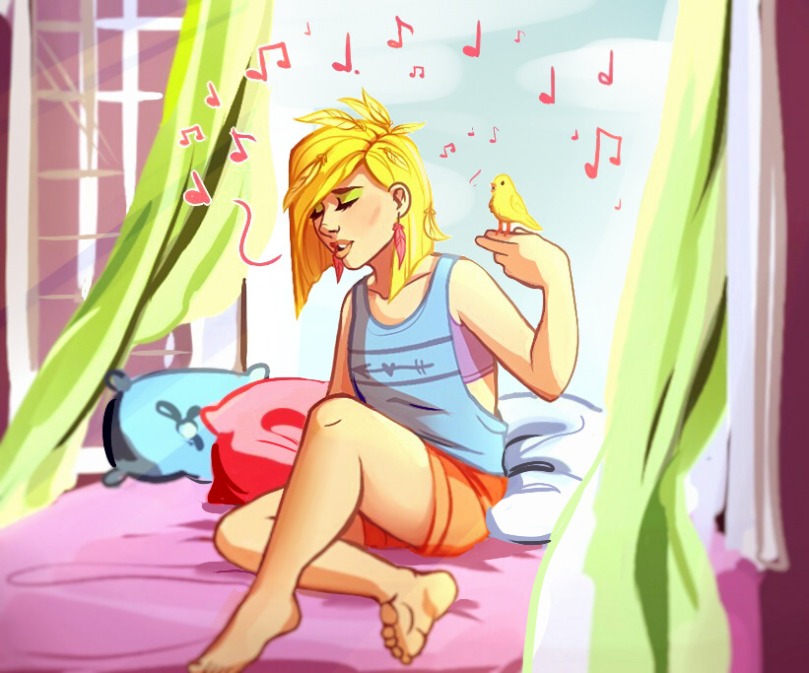 Fantastic art of a gorgeous character who was royally fucked over. I really like how vivid the colors are in all three pieces – Kingdaume’s drawing of a happy Canary in her room is particularly strong on this, and it really contributes to conveying the happiness of this moment. Paige singing along with an actual canary is a nice touch, too. 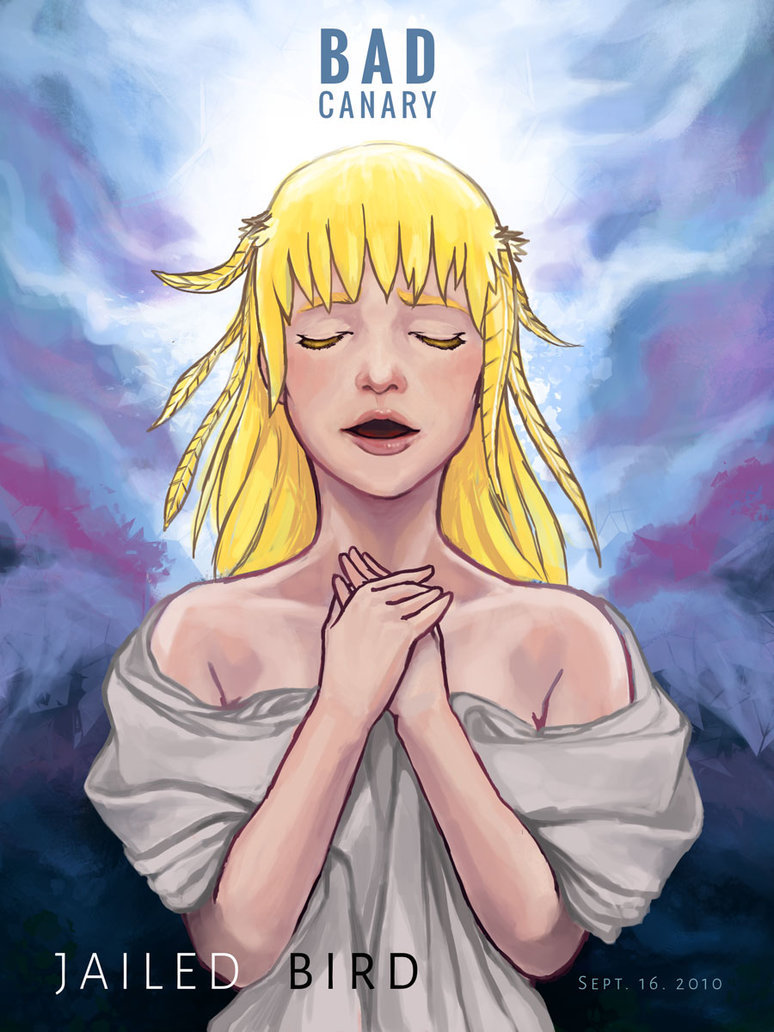 Liujuin’s piece is nicely presented as an album cover released in 2010, presumably before the “go fuck yourself” incident (unless the processing through the justice system and her trial took a long time). I’m a bit unsure why her name is given as Bad Canary, but the album title “Jailed Bird” is a nice touch. 🙂

On the other end of the emotional spectrum from Kingdaume’s piece, we find the sadness in LinaLeeZ’s drawing of the bird once she’s actually been jailed. The coloring – once again vibrant, in contrast to the emotion – and shading are excellent, but the thing I really want to call attention to is Paige’s expression. The sadness and defeat in those eyes is palpable.