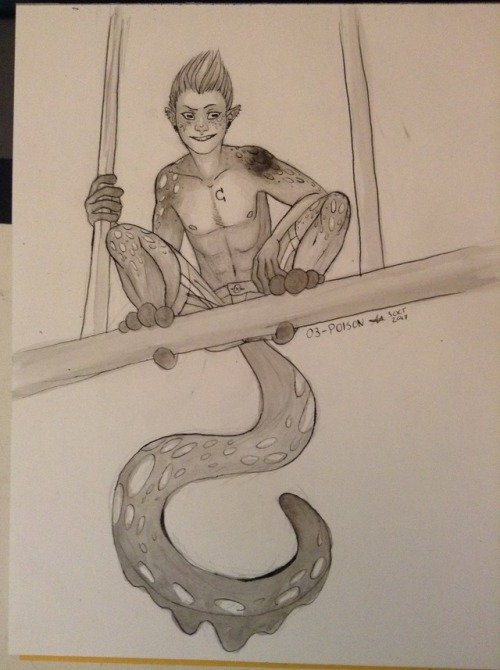 Another really cool piece of Inktober fanart by @apfii [submitted by mrcatfishing], this time for a similarly cool dude!

It… kind of gives me a Peter Pan vibe, actually. I think it’s due to a combination of the pose and the facial features. Honestly, that’s kind of fitting for Newter’s character.

Other than that, I really like the blend of his human-like features and his newt-like features here. It gives him that suitably alien look while still keeping him human. 🙂

I really like the perspective in the first piece, picturing Taylor during her trigger event. It really drives home the fear and intense discomfort and the way the awareness of the bugs overwhelmed her.

The piece seems somewhat metaphorical – as far as I can tell, this doesn’t so much depict the literal event so much as how Taylor felt during it. There are no vaginal products and such that I can see, and the bugs (as I understood the event) were not in the locker with her. Still, we see Taylor in a confined space, showing how trapped she felt while locked in an actual confined space, while the bugs are everywhere around her and take her focus away from the disgusting products the locker is also filled with.

That, or I’m just reading way too much into a cool perspective and apfii not wanting to (or not remembering to) draw the vaginal products. 😛 Either way, it’s a really cool work.

As for the Coil piece, I really like the background in particular. It kind of makes me think ribbons rather than snakes, but the core symbolism of something winding and mysterious remains. The way one of the white bits leads right into the snake head on Coil’s mask is a neat touch, too. 🙂 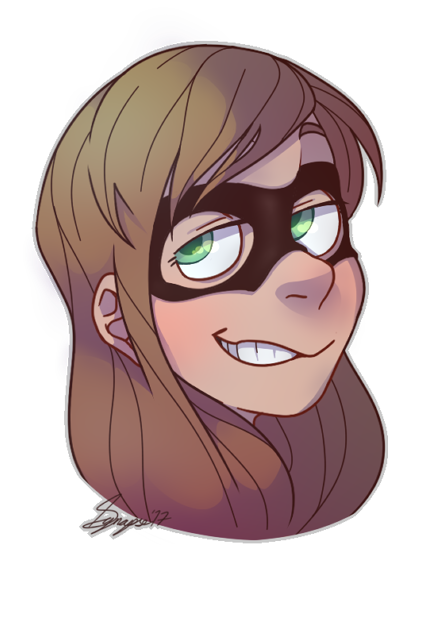 And then there’s this neat Tattletale piece done by @synapsekisses! I think my favorite thing about this is the coloring of the hair, but the expression is great too. 🙂

(I can’t actually tell where her right eyebrow is, by the way, but if it’s not raised like her left one, this is absolutely a DreamWorks face… I believe my position on that has been clear: So far there’s no better character to carry it than Tattletale.)