That’s a Mankey, not a Primeape

Whoops, yeah, you’re right. The thing I made that image with didn’t label the Pokémon, so I was using the wiki to check which was which of the two, but I guess I mixed up which one I’d actually put in the image.

In my defense, the two look nearly identical except for the limbs. 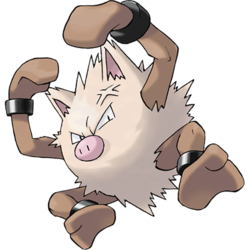 So if Jack’s a Scyther, does that means Skitter can control him? I guess the fight just got a lot easier 🙂 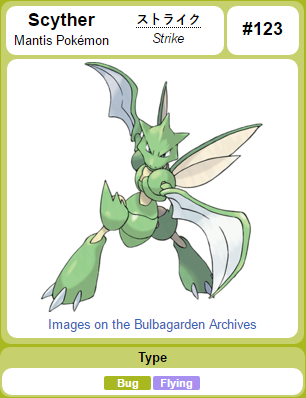 The fetish for restricted partners is bondage.

I guess I was thinking more about the wiggling out of a tight spot than why she was wiggling in the first place, and that’s why I didn’t think of bondage at the time.

Seriously, everybody keeps underestimating Vista. Nobody seems to think much of the youngest Ward, but she is a badass and what she can do to Leviathan she could also do to you!

Yeah, sheesh! Even mr. Leg “people are stronger than they appear” End didn’t seem to take her seriously, though that was while under the effects of the miasma.

Vista was introduced as one of the kids who keep the myth of young triggerers being more powerful alive, but not a lot of characters seem to treat her that way.

Maybe it’s because they don’t expect her to be competent, just powerful.

And we see that, yet again, Bitch was fooled and betrayed by “words that sounded good”. It is pretty downplayed, but I think this is a major experience for her, because betrayal is such a huge thing in her life every time it happens its reopening a huge scar

Ouch, yeah. At least it was someone she had already decided wasn’t winning her over, this time, but still.

Hey, did I ever mention my idle hypothesis that the Monochrome was carrying some kind of speaker in her mouth in Interlude 11a? That she can’t speak but Siberian found a way to circumvent that this one time and make it appear like she could?

I’m not against having some actually thoroughly good people with no dark secrets in the story, far from it, but Wildbow has conditioned me to not really expect them to last like that.

It does seem a lot of the really good ones are Wards, which is interesting considering how we’ve had Interlude-like chapters from the perspective of most of them. But it’s worth noting that during Sentinel, it was relevant to paint Sophia as the odd one out.

I haven’t seen past early season 2 of MHA, sorry.

I’m also not sure who qualifies as main cast. If we just take everyone in Deku’s class, we’ve got a huge imbalance numberwise and a lot of characters I don’t fully understand the powers of.