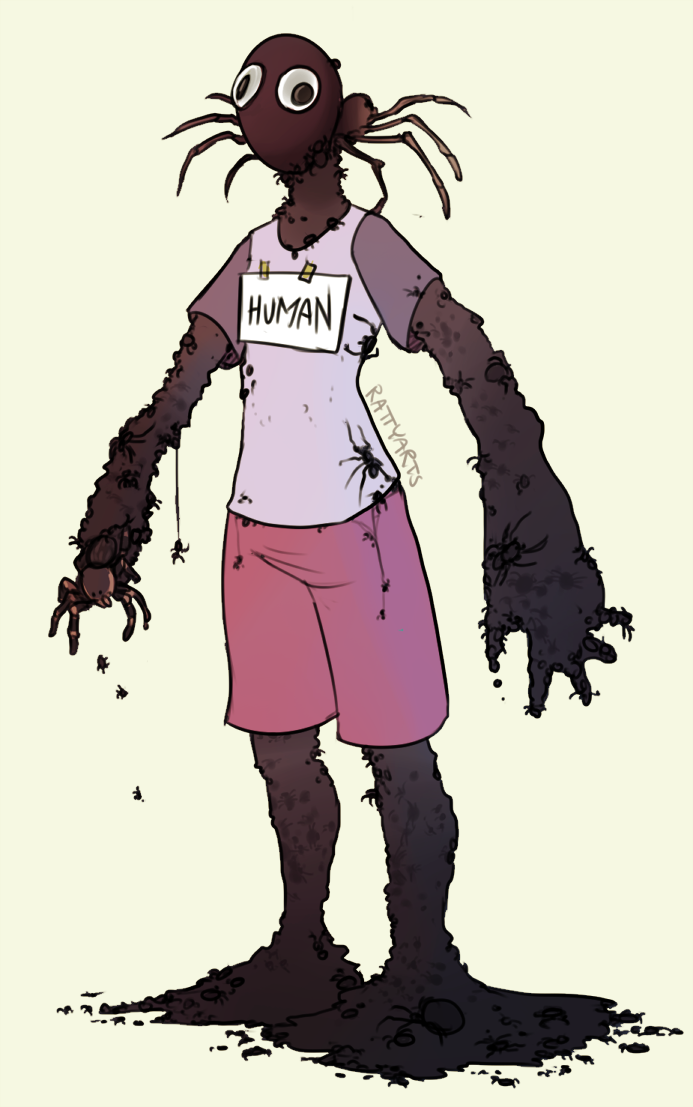 Here’s my long awaited next entry for the monster girl ch-… Huh. My mistake, this appears to be a normal human girl.

Even if this is not a Worm fanart this is still how I picture Taylor’s swarm clones.

Heh, nice! I really like the “HUMAN” note on her shirt. It’s sure to convince Taylor’s enemies to go after the decoys! 🙂

(Especially if it’s in the El Goonish Shive crossover. This kind of thing works there for some reason.)

Personally, I picture the swarm clones as a little more… swarmy? A bit more vaguely-shaped, somewhat thicker in their features than a normal human, looking more like Taylor would with a dense swarm of flying insects around her than a realistically shaped human made up entirely of bugs.

Although I could see her pulling it closer together for her stunt in 13.7 (she was going for drama, and “made of bugs” is more dramatic than “surrounded by bugs”), and I do think this is close to what her little stunt in 7.3 against the Empire 88 goons would look like (see also this post, tw: gore).