synapsekisses’ Bonesaw looks great in that super frilly dress. I love the look of the blood stains in particular. 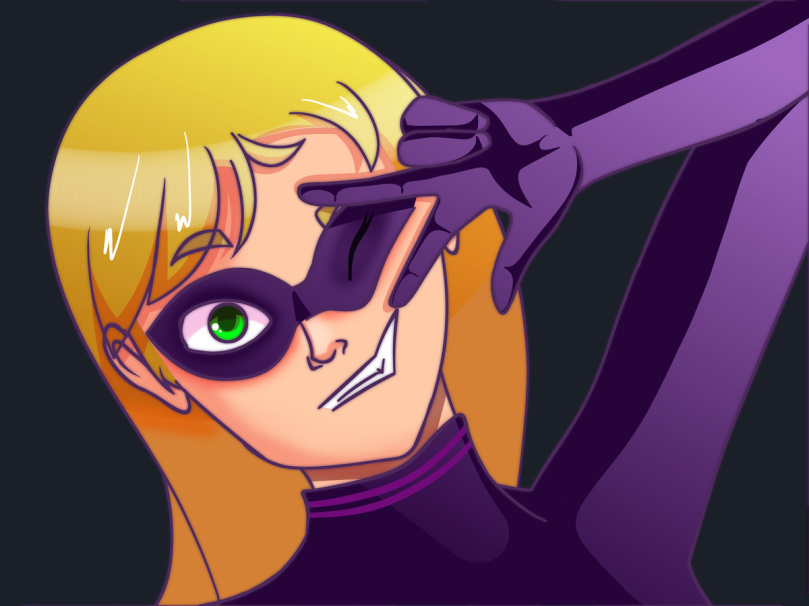 The imgur link I was given for ArtLounge’s Tattletale had the caption “I tried to draw Tattletale, hope you guys like it!” – I do! I really do! The pose and expression are perfect, and the coloration, linework, etc. are well done. 🙂

scarfgirl’s Endbringer survivor badge is a fun idea, and the depiction of a water-ready Narwhal in it is very cute!

cedeelbe beautifully depicts Shatterbird’s glassy dress, and the pose is very nice. Elegant, but deadly. The fact that the glass she’s manipulating that’s not on her dress looks like wings is a neat touch.

LinaLeeZ’s Bonesaw is a masterpiece of derangement. Each component, from the interesting lighting’s effect on her face, to the scalpels, to the heterochromia (I notice the next piece has that too – was that mentioned in her description in Interlude 11h?), to the twisted grin, to the bloodspray beyond what’s permanently on her dress… they weave together to portray how crazy this girl is quite well.

[The heterochromia was technically a spoiler that slipped through. At this point in the story she wasn’t heterochromic yet. However, I ended up thinking of it as a common headcanon until it actually happened.]

icehippo’s Bonesaw seems to focus less on her derangement and more on how cute she can be – at the very least, I think this depiction of her, complete with one of her spidery toolbots as a pet on her shoulder, is cute. Even though she’s probably thinking about how best to use my body parts in her experiments.

CopperRose98’s piece, apparently titled “Septillions of Tiny Knives”, is really cool because while it might not be obvious at first glance, if you look a little closer, the entire image is filled with glass shards, and only some of them are colored to illustrate the movement around Shatterbird and to create the image of a bird. There’s also the colored glass her costume is made of (I forgot that it was described as colored), which creates a neat color patch effect. I like this a lot.

I like EllenRules’ design for Jack Slash. I’m guessing it wasn’t intentional, but I think he kind of looks like he’d be a werewolf.

lonsheep’s Bonesaw… let’s be real, Bonesaw would absolutely be the type to literally give someone her heart – or more likely someone else’s – for Christmas and be annoyed if she caught them giving it away. But yeah, what I’m trying to say is that I like that she’s holding that heart there and looking quite pleased while doing so. I also really like the way the blood red dominating the entire picture works with the blood stains and the natural color of the heart. Siberian and Jack Slash in the back also look great – Jack in particular looks quite affable, which seems about right. 🙂

And finally, astrisjursen’s Bonesaw is a bit more subtle about her derangedness than other pieces, but it works well. I quite like the half-and-half technique being done between her face and a skull, visually symbolizing the dark side underneath the cuteness, and the shading is great. 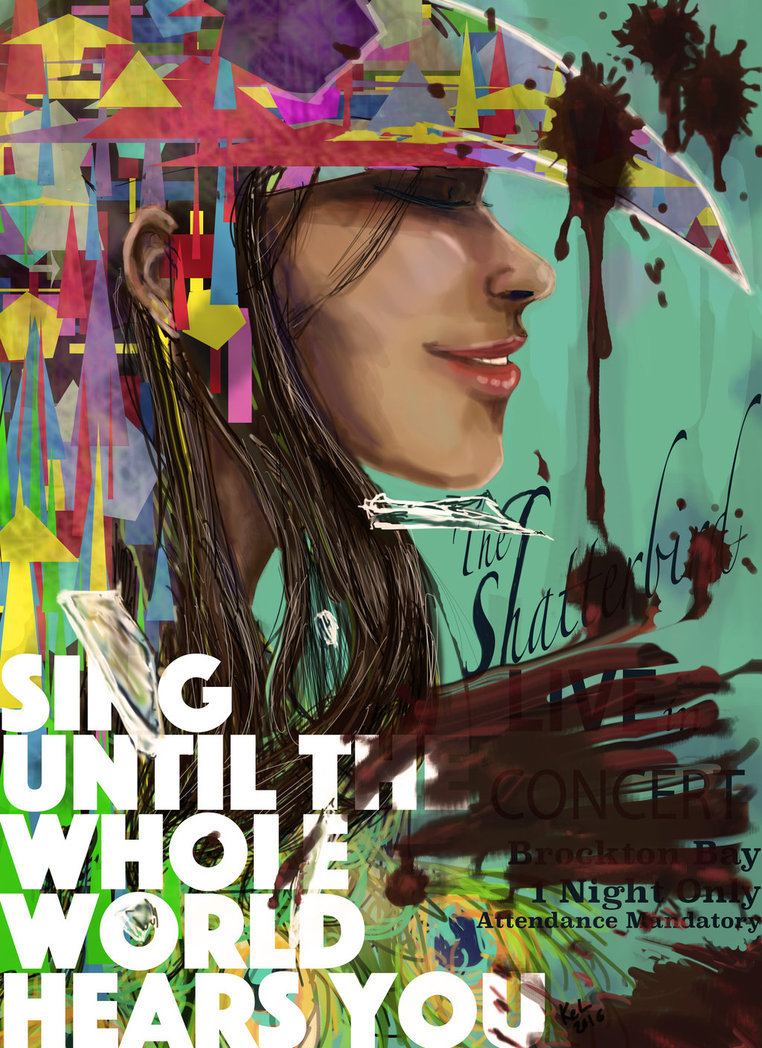 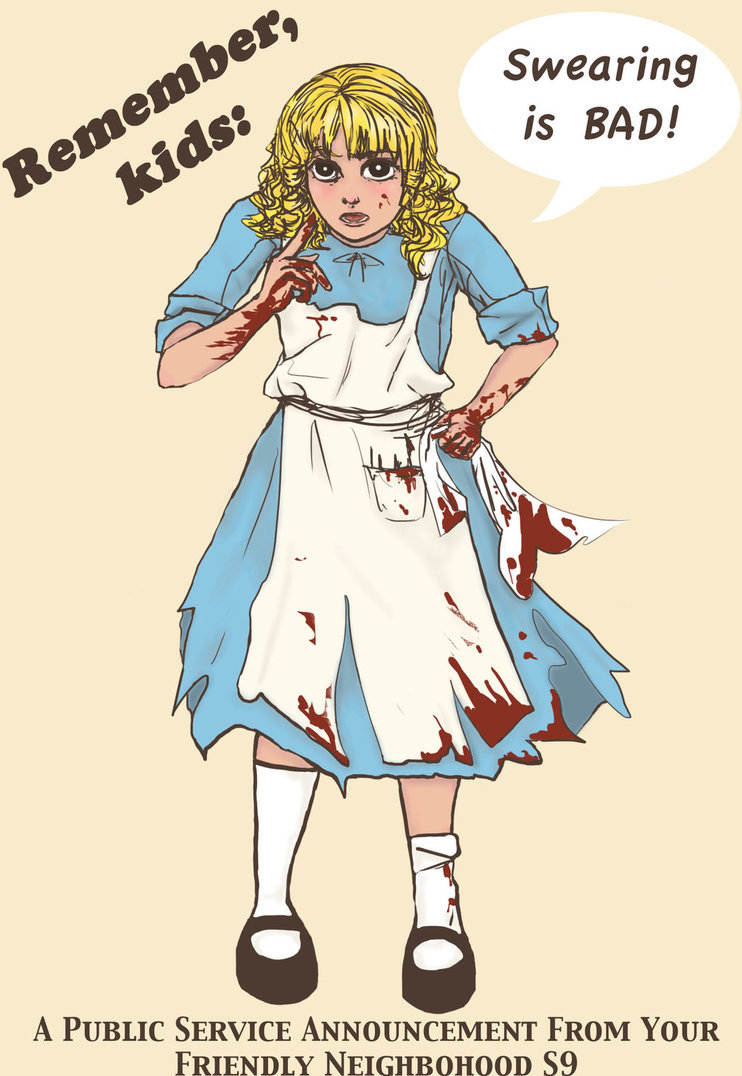 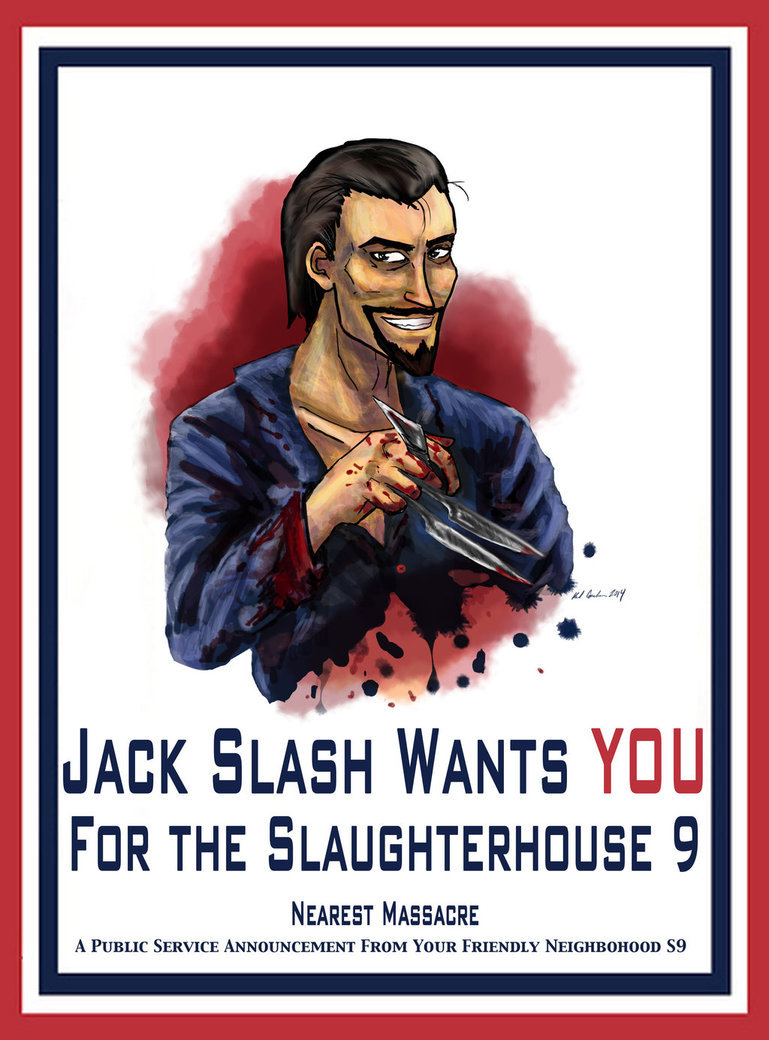 I love the poster gimmick of the first four pieces. These public service annoucements from your friendly neighbo[r]hood Slaughterhouse Nine are a really fun concept backed up by excellent and distinct art for each piece.

Incidentally, I like the irony of putting “Do What You Love” with an image of Burnscar. Practice what you preach, hon. :p

Reduce-Reuse-Recycle is a lot of fun. It’s very cute, with the Chibihouse Nine, funny in plenty of ways (both the concept and the details), and just generally well put together. 🙂

The more sketch-like strip of Slaughterhouse portraits is also quite nice. The highlight there is definitely the shot of Jack cutting Bonesaw’s hair, which is super cute.

And finally there’s this last Shatterbird piece. I like the somewhat minimalist style the shard of colored glass are drawn in. It’s makes for a pretty cool portrait of Shatterbird in action.

First the Tide pods [here] and now this… I think I like the way Pericardium thinks. :p

Wait a moment… Matted auburn, a mop of black, blonde, brown on a darker-skinned person – is this chimera made of the original four Undersiders?